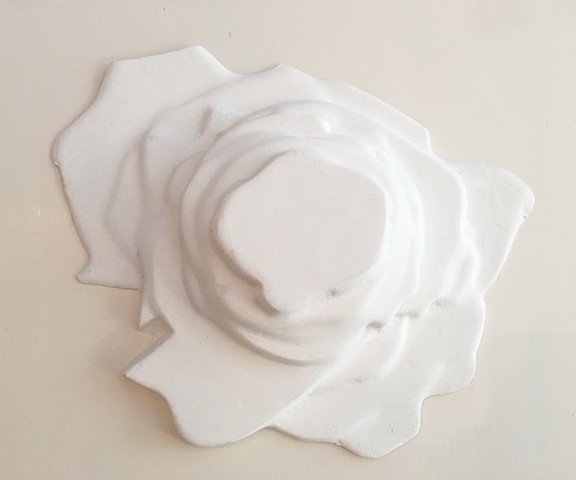 Tracy Marie Taylor’s work translates raw data into visual representations to bring shape to and seek understanding of emotionally-charged events. In one of her first series of works since becoming a mother, Taylor created sculptures and digital drawings that served as visual representations of her newborn son’s cries for help. As a new mother, her child’s ear-piercing cries triggered a sense of panic as she desperately wanted to relieve him of his stress but did not understand what he needed. She wondered if a pattern would emerge if the sounds of these cries were translated into visual language, thus allowing her to better communicate with her son. After recording her baby’s cries for several months, she translated the frequencies into shapes using mathematical algorithms - one shape per ten second time frame - then stacked these layers to represent the full duration of a single cry for help. Ultimately, the visual data she accrued was as uninterpretable as the auditory data. Instead, these abstracted forms and attempts at communication give concrete form to the complex space between parent and child.